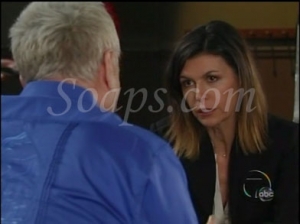 Since Robin’s death, Anna and Luke have really been there for each other. He supported her as she grieved and she stood by him as he marked the one year anniversary of Jake’s death. Scenes of the old friends have been riveting, but do you want to see them become anything more?

Should Luke and Anna become romantically involved or remain just friends? Vote below and check out the latest General Hospital Weekly Blog.