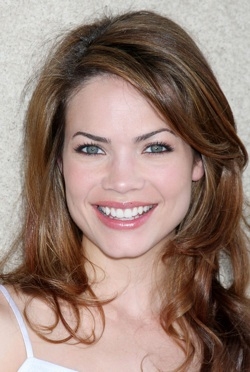 Unlike last year, when Rebecca Herbst was temporarily let go from GH, there doesn’t seem to be any drama surrounding her current status on the ABC soap. Fans of the actress will be happy to learn that, per Soaps in Depth, Herbst has renewed her contract to stay on as Elizabeth Webber, who she has played since 1997.

Even though she’s recently had two interested suitors in Matt (Jason Cook) and Ewen (Nathin Butler), Elizabeth’s love life has been severely lacking over the past year. That hasn’t always been the case, as she shares a long love story with Lucky (Jonathan Jackson), had a torrid affair with Nikolas (Tyler Christopher), has a tortured history with Jason (Steve Burton) and was married to Ric Lansing (Rick Hearst).

Who was, or could be, your favorite love connection for Elizabeth? Vote and comment below.

Sophie Okonedo Breaks Down the Complex Psychology of Her ‘Ratched’ and ‘Criminal: U.K.’ Characters