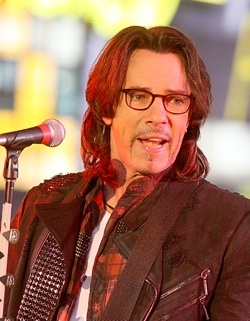 Fun in the sun.

Rick Springfield has announced who will be joining him in Cancun. “GH” actors Bradford Anderson (Spinelli) and Brandon Barash (Johnny) will be heading south to meet with fans and perform some songs. Also making the trip will be “The Young and the Restless'” Doug Davidson (Paul) and former MTV VJ Mark Goodman.

If you’re enjoying Rick Springfield’s return to “General Hospital” as Dr. Noah Drake, but are left wanting more, how about going on vacation with his portrayer? Rick Springfield & Friends: Sun Dazed & Star Filled Nights – Destination: Cancun will be held at the all-inclusive Club Med Mexico from November 8 – 12, 2012.

Prices, not including airfare, start at $1399. For more information go to Rick Springfield Destination: Cancun 2012.