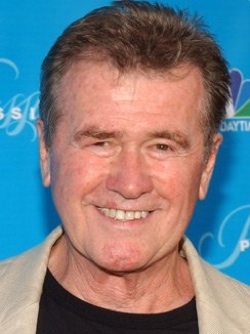 Sean Donely’s friends could probably use him right now in Port Charles, but, for now, his portrayer John Reilly is joining the webseries “The Bay.” Per Soaps In Depth, Reilly will play the Garret family butler who serves as their voice of reason.

“The Bay” centers around wealthy socialite Sara Garrett, her family and the people around them who have been sucked into their web of deceit. The series also stars fellow “General Hospital” alum Tristan Rogers (Robert), Mary Beth Evans (ex-Katherine), Real Andrews (ex-Taggert), Lilly Melgar (ex-Lily), Jacklyn Zeman (Bobbie) and many other soap actors.

Season two of “The Bay” will premiere on April 26. Reilly, who also starred on “Passions” (ex-Alistair Crane), Sunset Beach (ex-Del Douglas) and the original “90210” (ex-Bill Taylor), will debut in mid-May.

Catch up with the series at Video The Bay: The Series Chapter 7 Part 4.