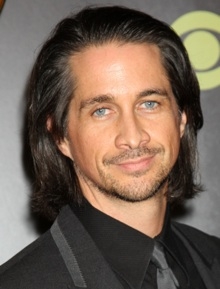 In an interview with TV Guide, Michael Easton previewed his “One Life to Live” character coming to “General Hospital.” Look for John McBain to blow into Port Charles on March 13.

It seems, with Todd Manning (Roger Howarth) in Port Charles, McBain arrives to apprehend the man who presumably killed Victor Lord Jr. (Trevor St. John). However, Blair (Kassie DePaiva) asks her old friend to stick around to help Starr (Kristen Alderson) deal with the loss of her baby and boyfriend. Then, it’s revealed McBain has a past with none other than Sonny Corinthos (Maurice Benard). Apparently, Sonny was responsible for John losing someone close to him, but he didn’t have the evidence to prove it. He now wants justice, no matter what.

Not only does McBain have a history with Sonny, but with other characters on the canvas as well. While staying mum on those details, he did tease that he and his former “Port Charles” co-star Kelly Monaco (Sam) have a scene where they bump into each other and give a wink to the audience speculating on whether or not they’ve met before.

Regarding McBain’s Llanview love and mother of his child Natalie (Melissa Archer), Easton explained, “I think they’re waiting to see if my storyline works or not. For now they have him calling Natalie saying, ‘This is going to take longer than I expected.’ But they do need to deal with it since they have me tied up for quite a block of time.”

What do you think of John McBain coming to Port Charles? Will he be the one to take down Sonny Corinthos? Hit the comments below to share your thoughts.

Read Kassie DePaiva’s thoughts on Port Charles. Join us on Twitter @soapoperafan, and Facebook. Come tweet and Facebook with us about “General Hospital,” all the other soap operas, “Glee,” “Grey’s Anatomy,” “Vampire Diaries” and “Venice the Series!”

Rick Springfield Back To General...