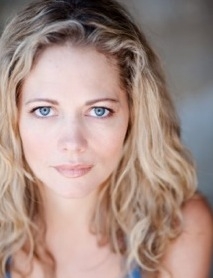 Kodi Kitchen addressed her fans on Twitter regarding her exit: “Thank you to all for the support while on ‘GH.’ It was an amazing experience and I am so thankful to have been part of such an amazing show!”

Hot on the heels of Cassandra’s death, and therefore actress Alyshia Ochse’s exit, Soap Opera Digest is reporting another axing. Word is, Kodi Kitchen has been let go as Maggie.

Maggie came on the scene just last November. She was linked to Steve (Scott Reeves) through their time in Memphis. A big secret between the two had been teased since she arrived, but even though it’s been revealed a death was involved, the story never picked up much steam.

What do you think of Kitchen’s Maggie leaving the show? Vote and comment below.

Read about former "General Hospital" star Jack Wagner on Dancing with the Stars. Join us on Twitter @soapoperafan, and Facebook. Come tweet and Facebook with us about "General Hospital," all the other soap operas, "Glee," "Grey’s Anatomy," "Vampire Diaries" and "Venice the Series!"