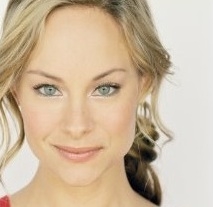 Although not officially confirmed by the network, Soaps in Depth is reporting that Alyshia Ochse is on her way out as Cassandra. Ochse first appeared as the Woman in White in December and quickly captured Ethan’s (Nathan Parsons) attention. Since then, not much has been learned about the character other than even she doesn’t know who she is.

There’s no word on Alyshia’s last day in Port Charles, but what do you think about this news? Vote and comment below.

Find out when to expect One Life to Live characters on General Hospital. Join us on Twitter @soapoperafan, and Facebook. Come tweet and Facebook with us about "General Hospital," all the other soap operas, "Dirty Soap," "Glee," "Grey’s Anatomy," "Vampire Diaries" and "Venice the Series!"