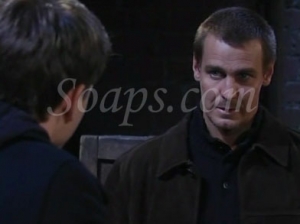 Should he stay or should he go?

Jax is on his way out of town once again after spending a couple of weeks skulking around Port Charles. Before heading to the airport though, he ran into Michael and engaged in a heartfelt chat with his stepson. The scene reinforced the appeal of the character and how Michael might need a more stable force in his life.

What do you think about Jax’s presence in Port Charles? Would you like to see him stick around or should he leave and never return? Vote below and don’t forget to check out the latest General Hospital Weekly Blog.