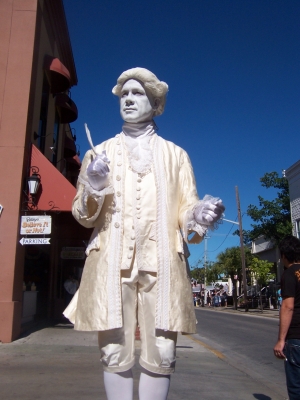 Fear not summer lovers. Just because the school buses are getting tune ups doesn’t mean that there’s not a sunny oasis in sight. Namely, the 2nd annual Soap Cruise in January. Last year Christine Fix, Soaps.com Editor-in-Chief, and I went along and reported back with great anecdotes about all the interaction between actors and fans. For the upcoming 2nd annual cruise General Hospital’s Bradford Anderson (Spinelli) and Greg Vaughan (Lucky) will be along for all the crazy fun. I spoke with Bradford a while back about the cruise and here’s what he had to say:

Julie Clark Robinson: I was thrilled to hear that you will be on the next Soap Cruise. What were your thoughts when you were asked you to participate?

Bradford Anderson: Oh…wooahh, I was psyched. I’m very excited I’ve never been on a real cruise before. I grew up in New Hampshire so we took a glorified ferry to Nova Scotia when I was a kid and that’s about it.

Julie: Have you had a chance to check out the fun from last year’s cruise? We all really had a ball – actors and fans alike. Do you know any of the actors from other soaps who are also going?

Bradford: Yea, I know Ricky Paull, we just met for first time at the Country Music fest and spent four days together. I met Alicia Minshew at this year’s Emmy’s and Cameron a few times at Broadway Cares event. Of course I’ll be hanging out with Greg (Vaughan). I’m afraid that I don’t know the CBS people at all yet.

Julie: Oh, believe me. After spending four days with Christian LeBlanc you’ll have a new best friend. Last year he was hilarious. In fact, he had Tyler giggling like a school girl at one point and that is pretty hard to do.

Bradford: Tyler mentioned that, in fact. He is a pretty private person and he told me that he really enjoyed the cruise. And anyone who knows Greg Vaughan knows that he is not shy…

Julie: Have you ever been to the port cities (Key West and Cozumel) that we’ll be going to?

Bradford: I’ve never really experienced the Caribbean, but I’ve been to Florida a lot of times although I’m sure Key West is entirely different.

Julie: Any thought as to whether you’ll bring someone along?

(Although I was dying to dig a little deeper here, I behaved myself. For now.)

Julie: Let’s talk about the cruise activities a little. Black Jack or Poker?

Bradford: I’m a newcomer to black jack. I enjoy Texas Hold ‘Em, as does most of America…

Julie: Do you think you’ll gamble a little in the casino then?

Bradford: I may play black jack now that I’ve gone to Vegas and gotten used to playing at tables a little.

Julie: Are you a beer or wine guy?

Bradford: (Laughs) I'm an alcohol guy. I have such a great appreciation for wine. I do love beer...but in a casino, you have to drink liquor don't ya? I like vodka gimlets, vodka tonics, and anything with coconut now. Remember, I'm from the north east so now that I live in California I feel like I'm on a constant vacation.

Bradford: Ahhh, I love the light blue color of pools. I love water…I grew up on lakes so water of any kind makes me happy. In terms of actually swimming in it, I'm a pool guy. Being in "it" (the ocean) isn't as fun. I don't like having to worry about sting rays and things.

Bradford: Mexico for sure. I love history. I love really feeling like I'm somewhere else, transplanted.

Julie: (I apologized in advance for this one) Trunks or Speedo?

Bradford: (Giggles) C'mon…it's funny to me that I seem to be the most frequently disrobed guy on the show right now. I vote for more coverage. I was in better shape probably when I did the laptop wrapped around my waist scene last winter than when I did my recent love scene with Kirsten. Speedos make me laugh and sometimes cringe.

On that lovely note I decide to let Bradford go back to his day off. If you're ready to consider throwing in for the cruise, the trip is Thursday, Jan. 22 through Monday, Jan. 26th, 2009 and departs from Miami on Celebrity Cruise line. Get all the details on the Soap Cruise site. Then, why not register to win our Soap Cruise Sweepstakes? It's all good, believe me.