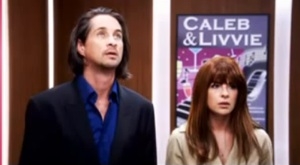 Last week it was announced that four One Life to Live characters are joining General Hospital. It’s exciting to think about, but why leave out “All My Children?” What if, hypothetically, they utilized the most popular actors from all three of these shows to create one super soap opera?

Would you like to see this happen, or should “General Hospital” just stick to the characters they already have? Vote below and don’t forget to check out the latest General Hospital Weekly Blog.