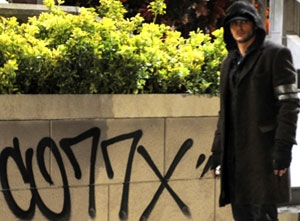 “Francophrenia” will soon be unleashed on the general public. If you’ve ever been curious to see James Franco’s (ex-Franco) tongue in cheek documentary/thriller about his time on “GH,” you’re in luck. According to ABC Soaps In Depth, Comedy Central has acquired the rights to the movie. It will be available online and on VOD beginning in August.

Those wanting to check out “Francophrenia” in the United States can catch the movie at the Tribeca Film Festival, which runs from April 18 – 29.

Per The Hollywood Reporter, James Franco’s time as Franco on “General Hospital” has had more than one purpose. Aside from merely being part of the Daytime drama, the actor, along with Ian Olds, created a new version of Franco in their film “Francophrenia.”

Using existing footage shot by Franco during his time on “GH,” he and Olds created a new narrative. The film, co-directed by Franco and Olds, and alternatively titled “Don’t Kill Me, I Know Where the Baby Is,” will premiere at the Rotterdam International Film Festival, which runs from January 25 – February 5. The film is described as a humorous psycho-thriller.

What do you think of the idea for James Franco’s film? Comment and discuss below.

Read about James Franco’s Actors Anonymous novel. Join us on Twitter @soapoperafan, and Facebook. Come tweet and Facebook with us about “General Hospital,” all the other soap operas, “Dirty Soap,” “Glee,” “Grey’s Anatomy,” “Vampire Diaries” and “Venice the Series!”