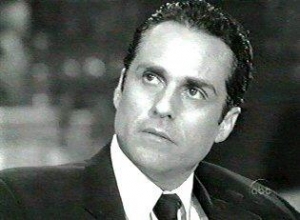 After twelve years of recognizing the entertainment industry’s best and brightest Latino talent, 2008 is the first year that Daytime Drama will be included in the categories. Do you know what that means? General Hospital’s own Maurice Benard (Sonny Corinthos) has earned a nomination, along with other soap actors and actresses.

Writers, directors and actors from feature films, documentaries, comedy specials and prime time television have always made up the Alma roster of celebrants. With this year’s inclusion of daytime drama, Maurice’s work has been nominated along with other talented actors such as Benito Martinez (FX’s “The Shield”), Sara Ramirez (ABC’s “Grey’s Anatomy”, Charlie Sheen (CBS’s “Two and A Half Men”) and George Lopez (HBO comedy special “America’s Mexican”).

The awards are the brain child of the National Council of La Raza (NCLR), the largest national Latino civil rights and advocacy group in the United States. The NCLR’s strategy is to “…promote fair, accurate and balanced portrayals of Latinos in the entertainment industry,” according to its website. The word Alma is Spanish for “spirit” or “soul”.

Soaps.com would like to congratulate Maurice and wish him luck at the August 17 awards ceremony. The event will air on September 12, 2008 at 8:00 PM (EST) on ABC and you can be sure that Soaps.com will keep you informed of the outcome.