One Life To Live’s Ted King And Michael Easton To General Hospital?

Read about the possibility of Nathan Parsons leaving GH. Join us on Twitter @soapoperafan, and Facebook. Come tweet and Facebook with us about "General Hospital," all the other soap operas, "Dirty Soap," "Glee," "Grey’s Anatomy," "Vampire Diaries" and "Venice the Series!" 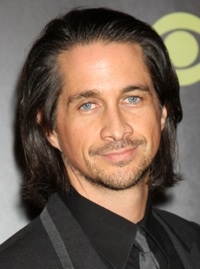 Are “One Life to Live” actors already headed to Port Charles? Soaps in Depth is hearing it’s a possibility that Ted King (Tomas, “OLTL;” ex-Alcazar-“General Hospital”) and Michael Easton (John, “OLTL;” ex-Caleb, “Port Charles”) could be joining “General Hospital” in the New Year, possibly as their Llanview alter egos. Apparently both actors have a tentative start date, but nothing is official as of yet.

What do you think about this prospect? Do you want to see Easton and King back in Port Charles? Vote and comment below.