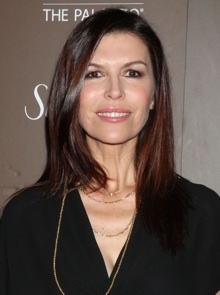 Per Soaps in Depth, Finola Hughes will first appear as Anna the week of February 13.

Per TV Guide Magazine, Finola Hughes is returning to “General Hospital” as Anna Devane. It looks like she will start taping in mid January and begin airing in time for February sweeps. She will reportedly return on a recurring basis, but will be very involved in Robin and Patrick’s (Jason Thompson) story.

With Kimberly McCullough exiting GH as Robin next year, one can only assume Anna is returning to be part of her daughter’s departure, whatever that may be. With that in mind, how do you think Anna will affect Robin’s exit? Vote and share your theories below.