General Hospital Casts Alyshia Ochse As The Woman In White

Find out who else is joining the show at General Hospital Casts Nathin Butler . Join us on Twitter @soapoperafan, and Facebook. Come tweet and Facebook with us about "General Hospital," all the other soap operas, "Dirty Soap," "Glee," "Grey’s Anatomy," "Vampire Diaries" and "Venice the Series!" 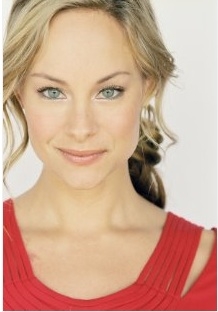 Per TV Guide, actress Alyshia Ochse will turn out to be the woman in white who has been lurking around Wyndemere. Not much was revealed about her character except that she will lead to true love for Ethan (Nathan Parsons).

In an interview with the outlet, Nathan Parsons previewed, “They won’t be courting or going on dates. It’s very ‘Wuthering Heights’, the kind of epic, fantastical mystery ‘GH’ hasn’t done in years…When Ethan and the Woman finally meet it’s all shock and awe. He is obsessed with her, though he’s not even sure she’s real.”

Alyshia has previously been seen as a clinic nurse on “Days of our Lives” and appeared on “Hot Hot Los Angeles,” “Casual: The Series” and “Melissa & Joey.” She was also seen in the movies “Another Gay Movie” and “Inventing Adam.” She will first appear on “General Hospital” on December 2. 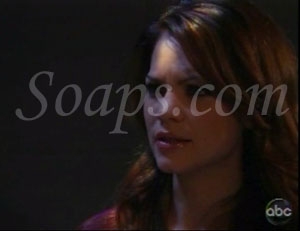