Genie Francis to Return in August 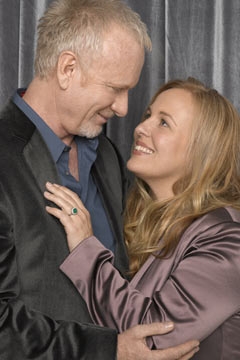 Tuesday, August 26 will be a day that General Hospital fans will get one of their biggest wishes of all. Genie Francis will return and that can only mean one thing – Laura will wake up from her vegatative state. She slipped away for the 2nd time in November of 2006 after remarrying Luke (and without finding out that he had married Tracy). All Soaps.com can report at this point is that Genie’s visit to GH will be “brief”, according to an Associated Press report. Genie told the news service that the mother-daughter bond is stronger than any medicine in the world and Lulu’s problems will be enough to bring Laura around if only for a little while. Genie commented that she would like to return to the soap on a more permanent basis but the show hasn’t indicated that is what they are looking for at this time. The producers of the show haven’t commented on that, but they did say that Laura won’t be killed off as part of this upcoming storyline. So, there’s always hope for more Laura down the road, right?

It’s hard not to speculate what will happen with such a pivotal character rejoining her family in the near future. When she slipped away nineteen months ago, Lucky was trying to put his family back together after having cheated with Maxie and getting hooked on drugs, Nikolas was starting to raise young Spencer on his own, and Lulu had broken Dillon and Georgie up and had an abortion. And then there’s the little business about the love of her life marrying someone else during the four years since she slipped away (her original vegetative state began in 2002 when Genie left the show after contract disputes.)

We’ll take whatever we can get, right? Welcome home Genie (and Laura)! Check back with Soaps.com often to hear all of the news as it unfolds.

GH Actors Give Back: Tristan Rogers