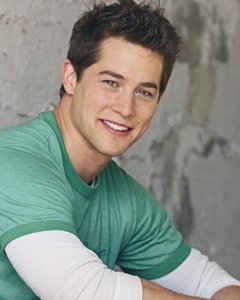 This is Jason's avator!

Since General Hospital is airing a “encore” episode tomorrow, I thought it was fitting to run a bit of an encore of my own: a recap of the Soaps.com Live Chat with Jason Gerhardt (Coop) from the afternoon of June 10. Jason was in a chatty mood, likely because he had his apartment all to himself for the moment. (Actually, we chatted for 45 moments.) As he put it, “…One kid is sleeping. The other is with mommy at the park!”

For those of you who couldn’t take part, here’s what you missed!

.erin.: I’m sad I have to miss this chat. But I just wanted to pop in and say Hi to Jason. I have to run and I hope everyone has fun.

JG….aka…Coop: It’s always nice to hear from you Erin. Thank you for stopping in. I’m sure we’ll talk sometime in the near future.

GenHospitalfan: Hi Jason – we miss you on the show. What do you have going on since you left?

JG….aka…Coop: I’ve been auditioning every chance I get. The industry is very weird right now with all the strike stuff being over and then one big one steal looming on the horizon. Mostly, I’ve been loving being a husband and a dad!

Angel929: Hi Jason, I was so upset they killed off Coop. I loved the character. You made him believable. Do you have any other project lined up?

JG….aka…Coop: There are a few things, but in Hollywood you never know what is really going to get made. So, nothing really to talk about yet.

Burst-JasonLiz: What is the one thing you love to do with your kids?

JG….aka…Coop: I really don’t think there is just one. New things are always great because you get to see them discovering something for the first time. Just being with them is incredible.

lilleyp1: Who did you feel closest to on the GH set??? Did you form some friendships that you have kept??

JG….aka…Coop: I had great relationships with a lot of the cast. Staying in touch has never been my strong suit, but I’ve been trying. I just talked with GH’s sexy new bad boy, Johnny Z yesterday. He is going to be at my charity fundraiser event July 12th. He may even play and sing for everyone!

jcrobinson: Can you tell us a little GH scoop from your time there? For example…Who was your favorite person to do scenes with?

JG….aka…Coop: I tell ya, I loved doing scenes with Kin Shriner. He’s a pro. Also, I really enjoy Tony G. and Jane E. They were very professional, funny, etc. I really enjoyed them. And of course the lovely Kirsten was always a joy. …can’t leave out the Spin man. Some of the things that happened were pretty funny.

brittbrat7810: What was your favorite storyline when you where on the show ?

Angel929: Were you as shocked as the fans that they tried to make Coop look like the TMK and kill him off? Up until that point, who did you think was going to be the TMK?

JG….aka…Coop: I wasn’t shocked that Coop was made to look like the TMK. That actually, to me (and I’m a bit bias), made for an interesting story to watch. I actually thought Logan was going to be the TMK.

Burst-JasonLiz: Jason, did GH writers ever tell you what their intent for your role was to be when you first came to GH? The reason I ask is cause Coop’s last name was Barrett and so was Brenda’s.

JG….aka…Coop: They never told me much about the Barrett connection. I think they may have planned on something, but then it changed. I think there were a few factors in the decision to let Coop go. None of them will I ever know for sure. But, budget reasons, they were making cuts. The writer that thought up my character was out on strike – so maybe Coop didn’t have a cheerleader in the meetings. And of course there is so much time on screen and lots of stories to tell. Mine just wasn’t considered one of the top. So, I think, Coop became expendable.

brittbrat7810: Do you think you will play on any other soaps?

JG….aka…Coop: Could. You never know what roles may come up. Only the big man upstairs knows that one.

shepmajor: Jason – Just wanted to let you know that you are missed. There is SO much they could have done with your character, and TPTB were blind not to see it.

JG….aka…Coop: Thank you for your kind words.

jcrobinson: Jason, you're probably too polite to comment - but just in case...do you feel like your character died as a result of the writers' strike (and the substitute writers who abandoned storylines in favor of their own)?

JG....aka...Coop: It's a possibility. All I know is that my character wasn't ever really planned out. That's why I'm so thankful for the opportunity. Most of you know that I actually tried out for the role of Logan. That's when a writer there by the name of Elizabeth Korte had the idea for Coop. I'm sure her being out on the strike could have had something to do with it. Like I said, Coop may have lost a cheerleader in the meeting rooms, but it is all speculation. The stories and ideas continue to flow and change.

Pashun4gh: Jason, Isn't nice to know you are missed?! I like your "take" on the reasons Coop was dismissed. I'll use that word instead of "expendable" cuz I'm still not convinced that he was. But, anyway, I'm going to go along with Julie's thinking and so here's my question - What was the most surprising element about being on a soap opera? Could be surprising thing that happened or just your thoughts about being on a Soap...

JG....aka...Coop: I think how easy it is to look bad. (Ron Hale shared his wisdom with me on that)

brittbrat7810: haha i wouldn't mind seeing u on One life to live. Do you miss Gh or do u like that u can spin time with your family?

JG....aka...Coop: Both. I really do miss working regularly and being so privelaged to do it with such a wonderful group of people. But, I'm enjoying every minute that I can with my fam. I'm taking advantage of it while I can. Learning to be content with your life no matter what the surroundings is a major life lesson for me and the beginning of true happiness.

jcrobinson: Hey, it's never too late (to "cheer" for your favorite actors). Here's how:

JG....aka...Coop: Thank you all. The only thing I want everyone to check out is the event on July 12th. It's a great cause and it's going to be a lot of fun. We'll make sure that it is well worth the donation! (Note: Go here to read all about it Jason's July 12th Event.) Thanks again Julie for the invite. I had a very nice time chatting with everyone. We'll be sure to let you know anything that you all can watch for in the future. All my best to everyone. I think the little bugger is starting to move around a bit! Hope to see you all in July!

I'm always happy when we wrap up a good conversation between fans and our GH favorites. In addition to this chat with Jason, we've chatted with Carolyn Hennesy (Diane Miller), Brandon Barash (Johnny) and Yeniffer Behrens (ex-Marianna). We'll do more as opportunities aries and thank you to the fans for showing your support.