Although there’s been no official word on “General Hospital’s” fate next fall, at least one ABC affiliate already has plans to replace the soap opera late next year. According to the Orlando Sentinel, “General Hospital’s” timeslot will be given to Steve Harvey’s upcoming talk show on WFTV channel 9 in the Orlando, Florida area.

Per the report, the station’s program manager has stated that ABC will no longer program the 3.00 PM timeslot beginning in fall of 2012. He was unaware if the network planned to cancel their last remaining soap opera or if they will move it to a new time.

Fear that “General Hospital” will be canceled began this past summer when news of Katie Couric’s Daytime talk show began circulating. Of the situation, ABC has said there are many options to consider, but they won’t make a final decision on “General Hospital,” or any show’s fate until they figure out which of their programs are the strongest to air in their Daytime block. 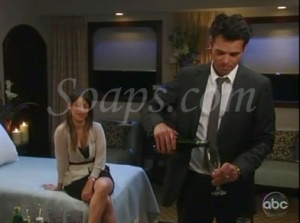