GH Actors who are no longer on the Port Charles scene have also seen their share of Emmy spotlight. Remember Lee Baldwin (played by Peter Hansen), David Lewis (the first Edward Quartermaine), Gerald Anthony (pornographer Marco Dane) and of course, Stuart Damon (Alan Quartermaine)? These talented guys have all earned a Supporting Actor award, Peter Hanson's 1979 win made him the first person to put GH on the Emmy winner's list, in fact. Supporting Actress winners who have left the show are Rena Sofer (Louis Cerullo), Vanessa Marcil (Brenda Barrett), Natalia Livingston (Emily Quartermaine) and finally - Genie Francis won last year after nearly three decades on the show. Jonathan Jackson (the first Lucky Spencer) took the Younger Actor award in 1995, 1998 and 1999. The blessed role even translated into an award (in the same category) when Jacob Young took over as Lucky in 2002. Chad Brannon (Zander Smith) took the gold in 2004 after his troubled young character had a son with Elizabeth Spencer and then died.

With so many performance awards, it stands to reason that the people behind the scenes have been recognized as well. In addition to 2008's win for Outstanding Drama Series, GH has taken the big prize a total of nine other times dating back as far as 1981, the year super couple Luke and Laura were married. GH has won six times for its achievement in Directing, four times for Costume Design (certainly the infamous Nurses Ball was responsible here), four times for Casting, twice for Makeup, Original Song and Writing, and once for Editing as well as Hairstyling (in 2006, could it have been as a result of that disastrous train wreck?)

Finally, two GH actresses have been honored with the Daytime Emmy Lifetime Achievement Award. In 2004, the honor was shared between Anna Lee (Lila, the Quartermaine Matriarch) and Rachel Ames (Elizabeth Webber's "Gram" Audrey Hardy who came to the show in 1964).

Industry insiders say that overall soap ratings are down since the glory days (before cable gave us far too much to choose from every afternoon). There are millions of soap fans who beg to differ! And the Daytime Emmy's are still very much a part of the awards season scene in Hollywood (Soaps.com attends Emmy Parties) as well as the internet (Live Soaps.com GH Emmy Blog.)

Soaps.com would like to congratulate General Hospital for all of its past awards and the many undoubtedly to come. 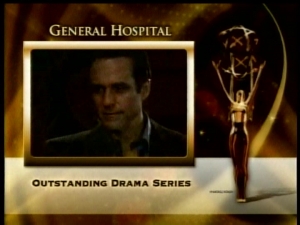 After taking the big prize at this year’s Daytime Emmy’s (Best Drama Goes To GH) as well as the prize for Outstanding Casting (3rd year in a row), Soaps.com thought it would be interesting to look back into the archives to see just how GH has fared throughout the years when it comes to the highly-coveted statue count.

Can you guess which current contract actors have earned a Daytime Emmy so far? There are eight of them. Anthony Geary (Luke – six times over!), Maurice Benard (Sonny), Sarah Brown (for when she played Carly), Steve Burton (Jason), Jane Elliot (Tracy), Rick Hearst (Ric – twice for GH and once for Guiding Light), Kimberly McCullough (Robin) and Nancy Lee Grahn (for when she was on Santa Barbara). Finola Hughes (currently on recurring status playing Anna) has a Lead Actress Emmy as well.

Maurice Benard won his Lead Actor statue in 2003 during the time that he and Carly (Tamara Braun) were heating up. Sarah Brown took her first turn on the stage (in the Younger Actress category) in 1997 and 1998 soon after her dark and twisted character came to Port Charles and stole her mother’s husband. She won again in 2000 as a Supporting Actress. Steve Burton’s (Supporting) Emmy win was in 1998, during the time that Jason was caring for infant Michael because Carly asked him to claim the boy as his own. 1981 was the year that Jane Elliot (Tracy) won for Supporting Actress, just three years after joining the show. In those days, Tracy was even feistier than she is now and her main goal was to win love and respect from her father. The bad guy with the good heart, Rick Hearst, won his first GH Supporting Actor Emmy in 2004 and then turned around and won it again in 2007. Kimberly McCullough was the Younger Actress Emmy category winner in 1989 and 1996. Her first award was during the years that Robin was the wise little girl of two world-traveling spies. When she won the second time it was for her work during the Stone Cates AIDS storyline. 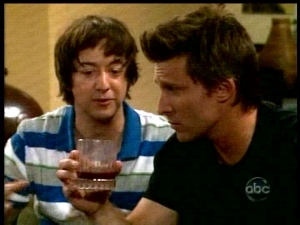 The Entrepreneurial Side of GH's Steve Burton. (Updated!) 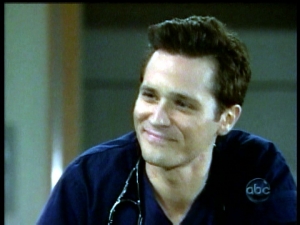