GH Actors: Where (Else) Can We See Them? 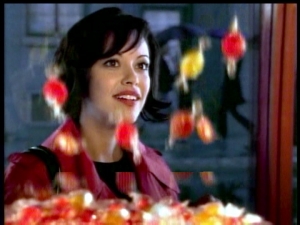 To a soap fan, watching TV can be like playing “Where’s Waldo?” In almost everything you watch you are likely to spot a moonlighting actor from daytime. Has anyone noticed that Marisa Ramirez (ex-Gia Campbell) is on a Special K20 Protein Water commercial that occasionally runs during General Hospital? Here are just a few examples of what some other GH actors have been (or will be!) doing with their free time.

1. Tristan Rogers (Robert Scorpio)
We’ve been waiting to see his reaction to daughter Robin’s pregnancy and finally we might be able to. Why you ask? Because Tristan has been tapped to bring Robert back to Port Charles for GH: Night Shift’s second season! To read more about July’s debut of Night Shift’s 2nd season, go here: Chatter about Night Shift’s 2nd Season.

2. Claire Coffee (Nadine Crowell)
Although her character’s relationship with Prince Nikolas is definitely on the upswing, fans can see even more of her by catching a new feature film called “All About Steve.” Claire has been cast for the part of a Colorado reporter in the comedy that stars Sandra Bullock and Thomas Haden Church. The movie will be out on March 6, 2009.

3. Kimberly McCullough (Robin Scorpio)
A successful doctor and soon-to-be single mom on screen, Robin’s portrayer Kimberly is equally ambitious behind the camera. She writes and directs film projects every chance she gets. The first one so far is called “Life After.” She also wrote and directed a “mockumentary” called “Lil Star” which dealt with little girls in the beauty pageant business. When GH’s Robin went off to Yale in 1996, in real life Kimberly studied film at New York University.

Feel free to help Soaps.com with our ever expanding file “Who did you see where?” When you spot a GH actor somewhere besides Kelly’s Diner, the 2nd floor Nurses’ desk or The Metro Court, be sure to let us know! 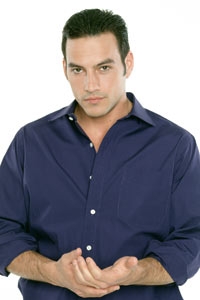 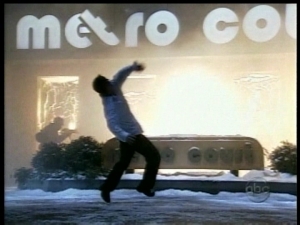