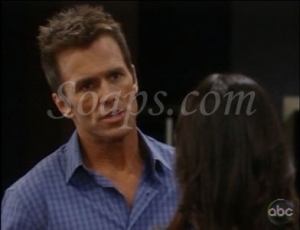 Steve’s been back in Port Charles for almost two years now, but not much is known about his time in Memphis. He’s remained vague about his time away from home and it’s becoming more apparent there’s something he doesn’t want anyone to know about, especially since he doesn’t want to take Olivia to the city he once lived in.

What do you think Steve is hiding? Vote below and don’t forget to check out the latest General Hospital Weekly Blog.