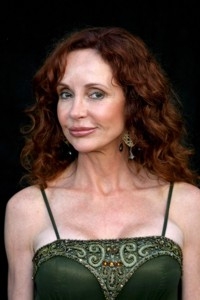 Jackie Zeman (Nurse Bobbie Spencer, “General Hospital”) has been named as the new spokesperson for over-the-counter sexual enhancement product, Zestra, according to ABC Soaps In Depth. She will begin appearing in TV, online, radio, and print ads in the fall, and will participate in Beauty Bash – a two day event in New York City at the Metropolitan Pavilion. For further information visit Fab Over Fifty.

Will you go out to see Jackie at Beauty Bash? Let Soaps.com know by casting a vote in the snap poll below.

Read Soaps.com's previous chat with Jackie through Interview: Jackie Zeman! Join us on Twitter @soapoperafan, and Facebook. Come tweet and Facebook with us about "General Hospital," all the other soap operas, "Glee," "Grey’s Anatomy" and "Vampire Diaries!"