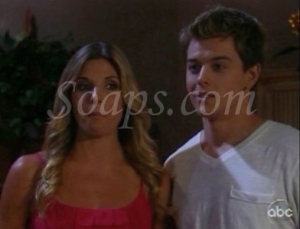 The right man for Abby?

Although much older and against his mob ties, Abby remains with Michael. Since they’re on a soap, that could change at anytime though. It remains to be seen what the future hold for the young couple, but what would you like to happen?

Should Abby stay with Michael or move on to someone new? Vote below and don’t forget to check out the latest General Hospital Weekly Blog.