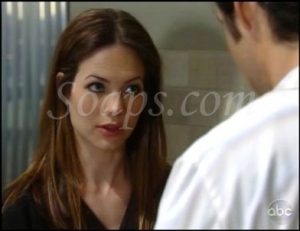 Certain characters keep getting thrown together on the canvas, who haven’t interacted much in the past. Others have been around each other, but are now being played differently. It seems obvious the powers that be are testing the waters to see who clicks for future storylines. Some couplings might be for romance, some might be adversarial, while others might be a moot point by the end of the week.

Regardless of the nature of their associations, whose chemistry has made an impression on you, if at all? Vote below and check out the latest General Hospital Weekly Blog.