GH Actors Update: Where (Else) Can We See Them? 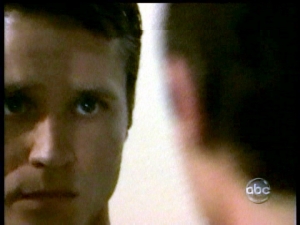 The careful observer can be rewarded with glimpses of soap actors in any number of outside projects. Has anyone noticed that Yeniffer Behrens (ex-Marianna) is on an AT&T commercial that usually runs during General Hospital? Here are just a few examples of what some other GH actors have been (or will be!) doing with their free time.

1. Jason Thompson (Dr. Patrick Drake)
A neurosurgeon can pitch? Well, this one better be able to because on June 8, 2008, Jason will be throwing out the first pitch at the Lakewood BlueClaws game. The New Jersey minor league game starts at 1:05 and Jason will be signing autographs and posing for photos for two hours after he pitches. The team plays in Lakewood’s FirstEnergy Park at 2 Stadium Way. Call (732) 901-7000 for tickets.

2. Minae Noji (Dr. Kelly Lee)
This busy lady has not one, but two movie projects in the works. Her fans can find her playing a cheating young wife in an independent film called “Joe & Brody.” (Her lover of choice is a woman, by the way.) The second project is also an indie film that is currently in production. It’s a post-modern “thinking man’s” movie called “Witch Slap” and Minae plays a woman named “Kinki” who uses a yo-yo as a lethal weapon.

3. Seamus Dever (ex-Dr. Ian Devlin)
Since he played the guy who shot young Michael Corinthos and put him in a coma, his character wasn’t all that cried over when he was shot to death recently. However, it might be interesting to see what Seamus Dever can do with a more heroic role. He has just landed a part in Lifetime’s night time soap called “Army Wives.” He is slated to appear in several episodes playing yet another doctor! This time, however, his character (Dr. Getti) is much more “McSteamy” than he ever had a chance to be on GH. “Amy Wives” second season begins on June 8 at 10 PM.

Soaps.com is proud to be affiliated with so many busy and talented actors. We’ll keep you posted on who’s doing what and where – soon!

A Fan Event in California that Will...