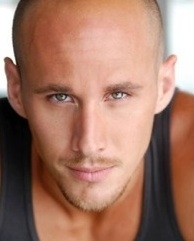 Josh Wingate (ex-Carter) recently tweeted about filming scenes in England for the upcoming zombie movie “World War Z.” The film, also starring Brad Pitt, is based on Max Brooks’ novel of the same name. The story revolves around a U.N. employee (Pitt) who interviews survivors of the war between humans and zombies.

Find out where else you can catch Josh at Jaime Ray Newman and Josh Wingate in CSY: NY. Join us on Twitter @soapoperafan, and Facebook. Come tweet and Facebook with us about "General Hospital," all the other soap operas, "Glee," "Grey’s Anatomy" and "Vampire Diaries!"