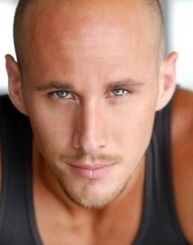 According to Soaps in Depth, two former “General Hospital” stars will appear in the Season 8 premiere episode of “CSI: NY.” In flashbacks, Jaime Ray Newman (ex-Kristina Cassadine) will play Mac’s (Gary Sinise) deceased wife, who he lost in the September 11 attacks. Josh Wingate (ex-Carter) will also appear as the owner of a bar where a shooting takes place.

Find out about fellow former General Hospital star Grey Vaughan in Good Christian Belles. Join us on Twitter @soapoperafan, and Facebook. Come tweet and Facebook with us about "General Hospital," all the other soap operas, "Glee," "Grey’s Anatomy" and "Vampire Diaries!"