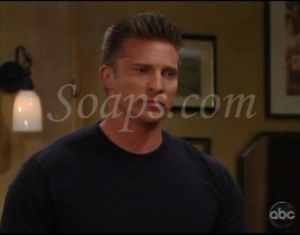 Is that anyway to treat a friend?

Last week, Carly found out about Jason’s engagement secondhand from Elizabeth. When Carly confronted him, she was met with a set of ground rules about respecting his and Sam’s relationship. Carly was none too pleased to see Jason putting another woman first, but was Jason’s behavior towards one of his best friends justified, or was he being disrespectful?

What do you think? Vote below and don’t forget to check out the latest General Hospital Weekly Blog.