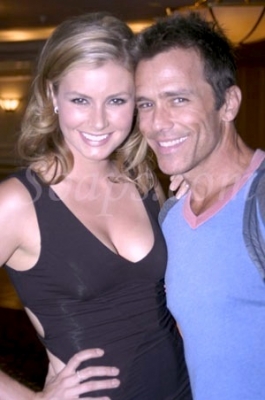 Despite her character falling into a coma after sticking herself with the syringe meant for Robin (Kimberly McCullough), Brianna Brown (Lisa) joined her former co-stars at the General Fan Club Main Cast Event. Soaps.com grabbed a couple of minutes with the actress to find out what she’s been up to outside of Port Charles and if we’d be seeing Patrick’s (Jason Thompson) fatal attraction again.

Soaps.com: How did you feel filming your last scenes as Lisa on “General Hospital?”

Brianna: I loved my last scenes because it was so dialogue heavy and I got to wear that ridiculous security outfit and have two guns and fight with the syringe again. I don’t know, I had a blast.

Soaps.com: Is there any chance we’ll see Lisa again since she’s not dead?

Brianna: I’m not allowed to say.

Soaps.com: You seem pretty busy post “General Hospital.” Among other things you’re working on a project with Ronnie Marmo [Ronnie].

Brianna: Yes. We worked on a project called “Adults Only.” It’s a comedy, [laughs] even though the title sounds a little sketchy. It’s a comedy. That was really fun. I played a more straight laced character. Not crazy.

Soaps.com: Is it a movie?

Brianna: No. It’s a web series actually. And then Homeland, which is Showtime’s new show. I’m in several episodes of that and that was an amazing character. I got to work with Claire Danes in multiple scenes. She was brilliant and the show itself is just a really great concept.

Soaps.com: Who is your character?

Brianna: My character is part of a Saudi prince’s harem and I’m working secretly with the CIA.

Soaps.com: When does that premiere?

Brianna: That’ll be in the fall.

Soaps.com: Are you working on anything else?

Soaps.com: What is “Screwed” about?

Soaps.com: Do you enjoy playing the villain?

Brianna: I just enjoy playing different types of characters. Prior to “Criminal Minds,” which is how I got “General Hospital,” I hadn’t played villains. I hadn’t been cast professionally as a villain so it was really wonderful for people to see that I could do that versus playing an ingénue or something like that. 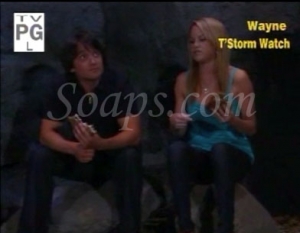