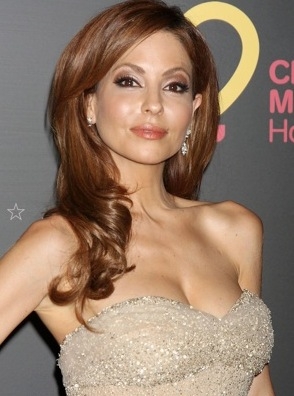 “I’m seeing a lot of interesting writing on my part, even if some of the things my character is doing is going to make people mad.”

Soaps.com caught up with Lisa LoCicero (Olivia) before the General Hospital Fan Club Main Cast Event on July 23. We chatted about her own event that took place the day before, as well as what’s to come for Olivia and her thoughts on recasting cousin Connie.

Soaps.com: How did your event go?

Lisa: I’m hearing that it went really well. When you’re up there talking, you just sort of feel like you keep stuff coming out of your mouth, but from what I’m hearing, people had a really good time. I guess I said the things that people wanted to hear. I feel like I conveyed that we’re all really excited about what’s going on the show right now and that there’s really good stuff coming up that people are going to like and be excited about.

Soaps.com: Are there big changes in the writing now that Garin Wolf has taken over as head writer?

Lisa: I feel it. I feel like he is really interested in giving the fans what they want and what they’ve been asking for, I think. I’m seeing a lot of interesting writing on my part, even if some of the things my character is doing is going to make people mad. I think that’s part of what soaps are about. So, I’m sort of looking forward to jumping into that whatever it is.

Soaps.com: Can you tease just what is going to make fans mad?

Lisa: Well, Olivia has a very understanding nature and she sees the best in everyone and sometimes that may be a little bit indefensible to some people, but on the upside it really is one of her best qualities.

Soaps.com: Will there be more romance with Steve [Scott Reeves]?

Soaps.com: How do you feel about the recasting of the character Kate?

Lisa: I loved working with Megan [Ward, ex-Kate]. I love Megan and everyone knows…it’s indisputable she’s a phenomenal actress and everyone enjoyed working with her. I don’t know all of the reasoning and the psychology behind it, but the new girl [Kelly Sullivan], I’m really excited to meet her. We exchanged a couple of messages. Maurice [Benard, Sonny] said she’s fantastic. He did some of the readings with the girls. I know sometimes the fans want to put it on him as if he has something to do with it and that’s really not accurate. I’m hoping no one gives him any trouble at his event or here today because it’s not his thing. He’s not the boss of this thing. You know, at this point, she’s set and she’s ready to go. I hope that everyone will give her a good strong welcome. If Mark [Teschner, casting director] brought her in and they picked her, I’m sure she’s a strong actor.

Soaps.com: Will there be a lot of stuff going on between the cousins again?

Lisa: I would assume that we’ll be interacting a lot. I don’t know that for sure. I haven’t seen any of the writing, but I would assume we’ll have a lot of stuff going on.

Soaps.com: Are you excited about that prospect? Do you enjoy that aspect of your character?

Lisa: Oh, yeah. I mean it will obviously, when it’s a new actor it’s a completely different dynamic. I always loved those scenes, you know, fighting with Megan before the wedding and all that kind of stuff. Hopefully we can bring that stuff to it and, you know, whatever else the writers have in mind as well. I’m just guessing, but I think this version of Kate is going to have a little more Brooklyn in her as well as the Kate Howard part. She’s going to have a little more of the Connie in her as well, so that’ll be fun. 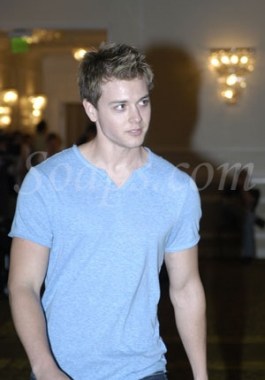 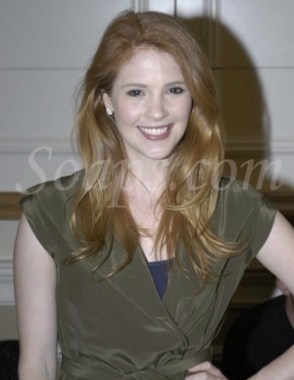