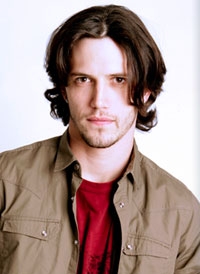 If you miss Ethan’s long hair on “General Hospital,” you can catch it on an upcoming episode of “State of Georgia.” Nathan Parsons and his long locks guest star in the episode titled, “Know When to Fold ‘Em,” which sees Georgia (Raven Symone) encouraging her friend Jo (Majandra Delfino) to pursue Nathan’s character.

“State of Georgia,” about two friends trying to make it in New York City, airs on the ABC Family channel on Wednesdays at 8.00 PM EST. Parsons’ episode will debut on July 27. Will you watch?

Read about All My Children Alum Justin Bruening's episode of State of Georgia. Join us on Twitter @soapoperafan, and Facebook. Come tweet and Facebook with us about "General Hospital," all the other soap operas, "Glee," "Grey’s Anatomy" and "Vampire Diaries!"