Little girl lost.
As for Lulu, I am not feeling the bordello storyline. I hate that they have Lulu prancing around in her skimpy lingerie serving drinks to Javier's customers in the hopes that she will get a lead on Luke. I would have preferred it if Lulu and Dante bugged the place or just had Dante go in undercover. Maybe Lulu could have met Javier elsewhere and just kept tabs on him. I have to believe that if Lulu had told a seemingly sympathetic Lupe the truth, she would have agreed to help Lulu track down her father. Anything would be better than having Dante offer to pay double for his girlfriend's services.

New Attitude.
I don't love the Jackal P.I. storyline and I have no idea where they are going with it, but I do enjoy how much his persona annoys Sonny and Jason. The comedy it produces is enjoyable and I especially like Sonny's new nickname: The Sonster. Mr. Sir is my all time favorite, but his new moniker makes me smile as well. Especially considering how much Sonny doesn’t like it. While I like Spinelli's newfound moxie, I'm hoping this storyline doesn't lead to a Spixie reunion. I like her with Matt and wish they'd do more with them.

Wasted potential.
I'm tired of the custody battle over Josslyn and listening to Jax, Carly, Brenda and Sonny have the same arguments. I'm not entirely sure why Sonny is so invested. I know he cares about Carly, but maybe he should focus on his own marriage and child-rearing issues before he gets involved in someone else's. But they need a device to get Brenda out of town since Vanessa Marcil Giovinazzo is leaving General Hospital and I guess this is it. It's too bad Sonny and Brenda never got the happiness so many fans have been clamoring for over the past twenty-ish years. A wedding sandwiched in between a kidnapping and non-stop arguments doesn't cut it. 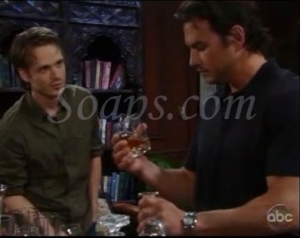 Credit: Not grabbing me. (Soaps.com)

Last week gave us a rushed, but touching goodbye, a return, unsettling circumstances and more of the same bickering. Other things occurred as well, as so let’s break it all down.

Farewell.
After giving Aiden to Lucky and Elizabeth, Nikolas left Port Charles last week. While the goodbye scenes between the brothers were great, I’m not sure I buy Nikolas giving up the rights to a boy he believed was his own. Not to mention, it all seemed a little rushed. If Tyler Christopher hadn’t been let go from “General Hospital,” I imagine this could have taken months to play out. Perhaps if we’d seen Nikolas getting another DNA test or coming to his decision over the course of a couple of weeks, I would have bought it. Him just handing Aiden over, while holding on to the idea that he was his son, after just one week of learning the truth, didn’t sit right with me. But, even though it was all very rushed, watching Nikolas grapple with fatherhood, losing Emily and being Lucky’s brother made me wish he was sticking around. There are a lot of layers to the character and so much more they could do with him, especially when he gets all bad ass Cassadine. And with Helena back in town, it might have been fun to see them team up to keep Aiden in the fold. At least he left on humorous note though when Lucky asked what was up with him not having an accent despite him living in Russia and Greece until he was a teenager. As previously reported, Nikolas will return in August to wrap things up with Lulu. I am happy for that, because that really is a huge loose end. There’s no way he would just vanish without saying goodbye to his sister.

Switching gears, now that Lucky and Liz have Aiden, should they get back together? Vote in our General Hospital Poll: A Future For Lucky And Liz?

Now what?
Speaking of Helena, she returned last week. It’s too bad she came just as Nikolas left, because I always enjoyed their interactions. I’m not sure how long she’s sticking around this time, or what her agenda is, but I’m not sure I want to see her just skulk around making digs at and threats to Lucky. Luke at least needs to return so we can see more of their unsettling, sexually charged banter. 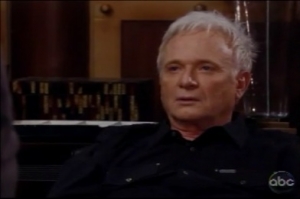 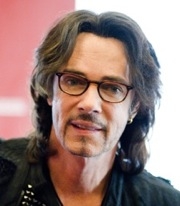