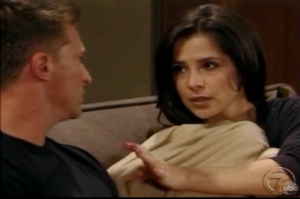 Sam and Jason have been talking about having a baby for a while now. She even had surgery to help make that happen. Now, she’s waiting on tests to see if it could be a reality, but what do you think of Sam’s possible pregnancy?

Should Sam bring a child into her and Jason’s world? Vote in the poll and comment below.