One Life To Live’s Ron Carlivati To General Hospital. (Updated!)

Read what we do know for sure about the future of Port Charles at Garin Wolf Named Head Writer of General Hospital . Join us on Twitter @soapoperafan, and Facebook. Come tweet and Facebook with us about "General Hospital," all the other soap operas, "Glee," "Grey’s Anatomy" and "Vampire Diaries!" 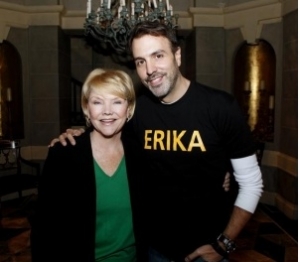 More behind the scenes changes.

Confirming his plans after “One Life to Live” ends in January, Ron Carlivati released the following statement: “I remain fully committed to Frank Valentini and “One Life to Live” as the show’s Headwriter until the series concludes in January of 2012. It has been my distinct honor to write for Agnes Nixon’s groundbreaking soap opera for the past fifteen years, and it will be with a heavy heart that I, along with my incredibly talented team, pen its finale. At that time, I am happy to announce that I will then be joining the writing team of “General Hospital,” and am thrilled to be working once again with Executive Producer Jill Phelps as well as new Headwriter Garin Wolf.”

According to Soaps In Depth, insiders are saying that the rumors of Ron Carlivati joining the “General Hospital” team are true. It seems Llanview fans shouldn’t worry though, as he will reportedly continue to helm “One Life to Live” until the very last episode.

With “One Life to Live” going off the air in January 2012, there is speculation on where all the actors will end up. We don’t know if any of them will land in Port Charles, but their head writer, Ron Carlivati, could join “General Hospital’s” writing staff.

Soaps.com is awaiting word from ABC and will keep you posted on any developments, but in the meantime what do you think? Would you like Carlivati to start scripting for your favorite Port Charles characters? Vote and share your thoughts below. 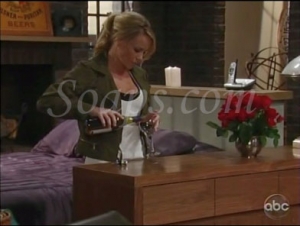 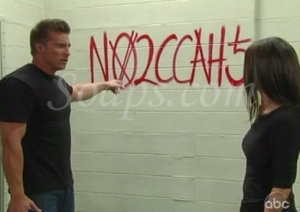