Since we're in full "Emmy buzz mode" here at Soaps.com as we eagerly await April 30th's nominations (35th Annual Emmy Noms.), it seems fitting to note that after two nominations as Lead Actress (1989 and 1990) Finola earned that highly coveted trip to the stage to receive her award in 1992 as General Hospital's super WSB (World Service Bureau) spy Anna Devane. Finola went on to earn nominations in the same category in 2000 and 2002 for her work as Anna's identical twin sister Dr. Alexandra Devane Marick on All My Children.

Having such a talented vet return to Port Charles is always exciting and we are in for that very treat next week when Finola returns to GH on April 25 for a handful of episodes. Is Anna coming to town to revel in her daughter Robin's pregnancy or is there a business reason for her return as well? Time will tell, but Finola fans will be thrilled to see her again. Soaps.com congratulates Finola and her family on their new little girl and wishes them all the best. 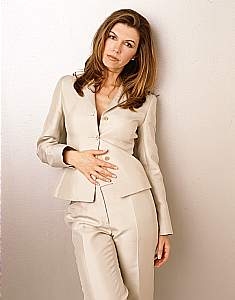 On screen, Robin Scorpio’s adventurous mother Anna Devane is anything but the maternal type. But in real life, Anna’s lovely portrayer Finola Hughes is a mother of three little ones. In fact, she and her husband Russell Young (a professional photographer, they’ve been married since 1992) recently added to their brood by adopting their four-month-old daughter Sadie Beatrice. Apparently, the name Beatrice runs in both Finola and Russell’s family, so it was a natural choice as a middle name. Sadie has two big brothers Dylan (7) and Cash (3 1/2). 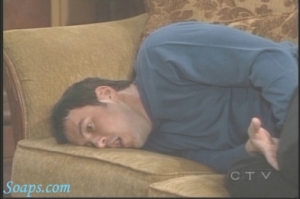 Catching Up with GH's Tyler Christopher

GH Actor Wants our Help in Saving a Woman's Life