Who do you wish would return?
Carolyn: Emma Samms
Nazanin: Natalia Livingston…I miss her already and she hasn't even really gone yet!
Jason: Cooper Barrett!

I'm always thankful when the actors take time to respond to one of my many inquisitive emails. I was especially thankful while celebrating GH's 45th birthday to hear back from a treasured vet of the show, Jackie Zeman. (If you can't get enough of "Bobbie", read here: Past Interview with Jackie Zeman.) Her feelings about being such a big part of soap history are palpable. She wrote, "I'm so happy to have the opportunity to play Bobbie (Spencer)....it has been and continues to be a personal and professional pleasure, and the connection I have with the GH audience is important to me as family. It is a connection which continues to inspire me and to transform my life in a positive, productive, loving way."

Thank you, fans and actors alike, who helped me put together this GH birthday series. Just five more years and we'll be breaking out the golden goblets and celebrating fifty years of daytime drama that makes it hard for a fan to walk away from. I know, for a few years there I tried to get a life, but GH kept reeling me back in! For that, I am eternally grateful. 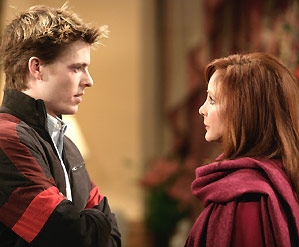 Although the storylines this week have remained consistent with what’s on the canvas now, General Hospital’s rich 45-year history has been bantered about by fans and industry insiders all week. Earlier in the week, I tallied and posted the results of your favorites through the years (Happy 45th B-Day, Part I) and now, as promised, I’ll share what some of the actors have told me about theirs. Note: not only was Jason Gerhardt (If you can’t get enough of Coop, read here: Past Interview with Jason Gerhardt.) happy to talk to Soaps.com again, he shared his twisted sense of humor with us in the form of some of his responses. Thank you Jason, your fans will love hearing from you!

Favorite storyline?
Carolyn Hennesy (If you can’t get enough of “Diane”, read here: Past Interview with Carolyn Hennesy.): Diane and Alexis’ Big Adventure (followed only by Robert Scorpio wooing Holly)

Nazanin Boniadi (If you can’t get enough of “Leyla”, read here: Past Interview with Nazanin Boniadi.): The adventures of Spinelli and Maxi. Those two are hilarious!

Jason Gerhardt (Coop): Cooper Barrett forced to be an informant for Sonny Corinthos. 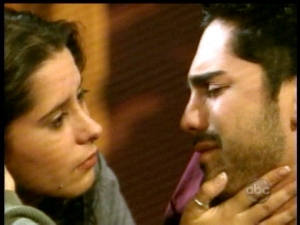 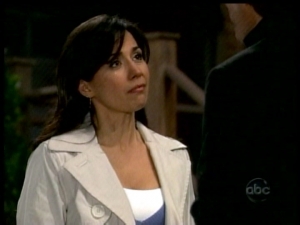