For more surprising casting news go to Martha Madison Temporarily Replaces Rebecca Herbst. Join us on Twitter @soapoperafan, and Facebook. Come tweet and Facebook with us about "General Hospital," all the other soap operas, "Glee," "Grey’s Anatomy" and "Vampire Diaries!" 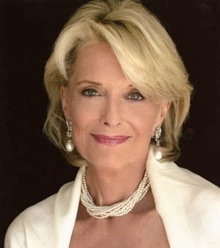 As reported by TV Guide, Constance Towers returns as Helena on June 30. The actress told the outlet that Helena reappears to keep the mystery of Aiden’s (soon to be played by Titus Jackson) paternity going. Among other things, she taunts Lucky (Jonathan Jackson) that he’ll never really know who the boy’s father is until he grows up to be like a noble Cassadine or an addict prone Spencer. She will then return in mid-July when Lulu (Julie Berman) arrives on her private Greek island.

With the true paternity of Aiden coming to light, the question of whether or not Helena would return to Port Charles has been swirling. Since she’s the one who switched the DNA results to make it look like Aiden was Nikolas’ (Tyler Christopher) and not Lucky’s (Jonathan Jackson) son, it seems only fitting that she should be around when the truth comes out. According to TV Guide Magazine she will in fact be front and center for the drama when Constance Towers returns as Nikolas’ dastardly grandmother the week of June 27. It seems she will arrive at the Spencer home with an “agenda and Aiden in tow.”

Are you looking forward to Helena’s return? Vote in our poll and share your thoughts below. 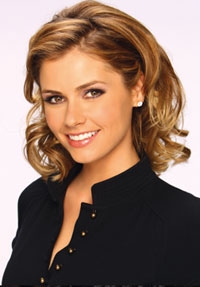 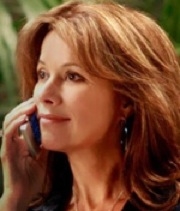