Laura Wright Up for Feature Role 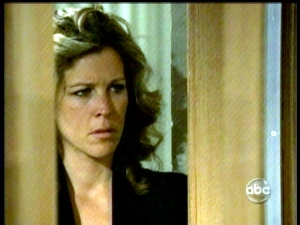 Even though Carly has her fair share of heartache these days in Port Charles, her lovely portrayer Laura Wright remains hopeful about a side project she has her sights set on. A screenplay called “Never Can Say Good-bye” has been written with her in mind to play a lead role as (can you guess?) a soap star! Crystal Chappell, a former cast mate of Wright’s from Guiding Light, and writer/producer Kim Turrisi have completed the feature-length screenplay and are pitching it to SOAPnet. The story is about four college friends and possible cast members include GL’s Gina Tognoni, Beth Ehlers and possibly even Paul Anthony Stewart (in addition to Wright). Details are pending, of course, until the project earns the highly coveted “green light” status, but Soaps.com can report that “Never Can Say Good-bye” is definitely a chick flick and that’s right up SOAPnet’s alley.

Chick flicks are a natural extension for soap actors as they have a built in audience appeal. How many GH fans tuned into last December's "The Note" from the Hallmark Channel starring Genie Francis? (Genie Francis Movie). A lot. How many of you would watch "Never Can Say Good-Bye"? Why not help the cause and let SOAPnet know of your interest? Simply click here and fill out the form! Contact SOAPnet.

Soaps.com supports all of our favorite actors in pursuing their dreams. (Especially if they end up staying on the soaps while they do so, right?) Good luck, Laura!

GH Actors Give Back: Rick Hearst