General Hospital Poll: What Should Michael Do? 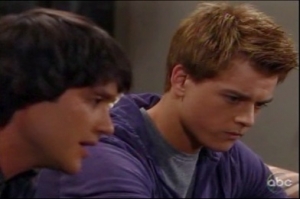 Michael is dealing with what many young people face as they near high school graduation: What should he do with his life? However, unlike most kids his age, his role models are mobsters and he wants to follow in their footsteps. The adults in his life have other ideas for him, but what do you think Michael’s next step should be? Vote in our poll below and check out the latest General Hospital Weekly Blog.