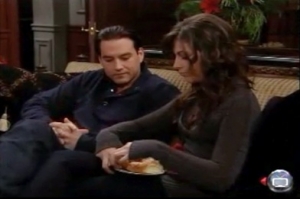 Nikolas said goodbye to Brook Lynn last week, which led to her moving out of Wyndemere. Since it’s been reported in the Comings and Goings that Adrianna Leon is leaving the show, was that the last of her?

What do you think? Vote below and don’t forget to check out the latest General Hospital Weekly Blog.