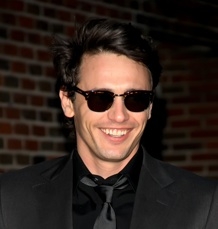 Not only is James Franco (Franco) recurring on “General Hospital” and starring in several movies including Your Highness, he is now preparing to teach a class at NYU. Held at the Tisch School of the Arts, the actor will offer his knowledge and insight on how to adapt poetry into short films. Franco has directed several short films and has more projects on his plate.

Would you take a class from James Franco? Vote in our poll and share your thoughts below. In case you missed it the first time around, check out Soaps.com’s interview with James Franco.