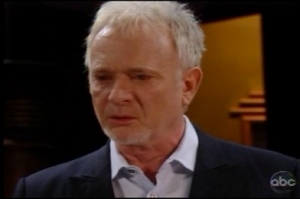 It was another week filled with tremendous performances on all accounts. Many tears were shed as I watched the fallout of Jake’s death spread throughout Port Charles. While there’s been some good in all of this story, there’s also been some bad, so let’s get to it.

A whirlwind storyline.
After coincidentally dying the same day Josslyn needed a transplant, Jake was miraculously deemed a match for Carly and Jax’s daughter. Elizabeth was opposed to donating her son’s organs so quickly, but after Carly appealed to Jason and Jason appealed to Liz and then Lucky, Elizabeth came around. Surgery was performed and Josslyn was saved. This happened in the span of two episodes. A lot of storyline beats were missed. The most noticeable of which was never actually seeing Jake. He has three parents and not one of them was ever seen with him. What parent wouldn’t sit with their dead child at some point to cry and wail and say their goodbyes? I’ve also missed the presence of Bobbie, Monica and Edward in this story. The writers very slyly slipped in the fact that Tracy didn’t want Edward to know about Jake being a Quartermaine, so they sidestepped that issue, but both Carly and Jason’s mothers work at the hospital and they certainly could have used their support as they grieved. Despite the powerful acting on display, they should have taken more time with rolling out this arc.

Luke did it.
After clearing the other six suspects, the cops deduced Luke was the one who hit Jake with his car. While I refuse to believe Luke wouldn’t have noticed if he had hit a child, I’m not unhappy with this development. I was actually afraid they were going to blame it on the Balkan, which wouldn’t have been a tenth as dramatic or interesting. Making it Luke creates tons of complexities, since he is a character we care about, who also happens to be the boy’s adoptive grandfather. There’s a lot of story to mine if done properly. I also don’t think this ruins Luke’s already questionable character, considering he didn’t do it on purpose or try to cover it up and he is clearly remorseful. What do you think? Vote in our General Hospital Poll: Luke As The Guilty Party.

Reunited.
Aside from allowing Josslyn to live, another positive byproduct of Jake’s death was that Patrick and Robin got back together. I’m happy to see the Drakes reunited, but I was not thrilled with how they reacted upon learning Lisa was a suspect in Jake’s hit and run. They immediately jumped to the conclusion that she was guilty with no evidence to prove it, despite fearing Robin could have been the culprit just moments before. I’m totally team SCRUBS, but their accusations seemed pretty hypocritical.

Is Suzanne no more?
It was a pretty good cliffhanger on Wednesday where Suzanne was concerned. I genuinely feared for her when Theo locked the limo doors behind him, while insinuating that was the end of the road for her. Suzanne's story has as many holes as Jake's hit and run, but I'm starting to like her and wouldn't mind having her hang around a bit to clear up the baby stuff.

Franco's lingering presence.
I'm not entirely sure why Franco is taunting Carly about Josslyn. To get at Jason I suppose. However, it does make one wonder if he was involved in Jake's accident somehow or if, considering we haven't seen Jake since before he was hit, he actually has the adorable tyke.

Nikolas, out.
Word came down last week that Tyler Christopher had been fired from the show. It's not a total surprise considering he hasn't had much of a storyline since early last year, but it still bums me out a little bit. It seems most of you agree, as over 3,000 of the 5,000 people who voted in our poll think he should stay and get a bigger storyline. Nikolas is a Cassadine. He should have a much larger presence in Port Charles. I always wanted him to be a bit more ruthless than he actually was. I never wanted him to be an out and out bad guy, just a little more cutthroat, with his family being his Achilles heel. Too bad we won't get to see more of his story.

Aside from finding it odd that Jax hasn't been seen more during his child's crisis and loving the sweetness that is Michael and Abby, that's all I got this time around. What did you think of last week's General Hospital? Share your thoughts below.