Getting to Know Dominic Rains

Eventually getting an agent, Dominic did some commercials and an industrial film, but later went to the University of Texas, Dallas to study biology in order to become a doctor. After three years he changed direction and decided on becoming a professor of criminology instead.

His brother, Ethan Rains, however, continued on the acting path by studying theatre at SMU near Dallas and acting in commercials and industrials. Ethan called when he learned auditions were being held in Dallas for characters matching Dominic's type for the movie of the week, "Saving Jessica Lynch." Dominic won a role that began as a bit part, but evolved into a supporting character. The following year, Ethan's agent called about auditioning for the short-lived series "LAX," starring Heather Locklear and Blair Underwood. Dominic and Ethan auditioned for a part together and the powers that be were so taken with the brothers' chemistry, they created another character to accommodate both of them.

Once LAX got picked up, Dominic left the world of academia behind and the brothers moved out to L.A. to be a part of the show, which was a bit unusual, as Dominic explained, "[It's] unheard of for locals of another state, another city to be asked to come on board, so we were just floored." After LAX was cancelled, Dominic landed guest spots on "24," "E-Ring," "Navy NCIS" and most recently, "Cane," as well as other roles in made for TV movies.

Like many actors, Dominic didn't exactly set out to be on a soap opera, but now that he's on General Hospital, he couldn't be happier with the opportunity. "I'm glad it happened. It was a blessing because it's been one of the most fascinating experiences that I could tell you that I've had," he enthused.

After roughly nine months, he's just now "settling into a sense of comfort" playing Dr. Julian and is looking forward to delving deeper into his character. Dominic shared that fans can expect to learn the "stuff that eats at [Leo] day and night that no one sees." He added, "That's the stuff I'm seeing lately. That's the stuff I've been feeling lately. Everything else was just the smile and the hair (laughs)."

As for the fans themselves, Dominic couldn't express enough how grateful he is for them. "I've never been more overwhelmed by the love and the support by the fans. I'm floored... I can't tell you how blessed I am amongst these people. And if it wasn't for them then I wouldn't be here, you know what I mean? Period. If it wasn't for them, I wouldn't be doing what I'm doing. "

Considering he started out wanting to be a doctor and then a professor of criminology, I asked if he felt he took the right path by following his acting ambitions. Not skipping a beat, he answered, "Absolutely! Without a doubt. I'm very, very happy I went this route. I can't tell you how happy I am that I've gone this route."

And fans of GH and "Night Shift" (which he hinted at the possibility of a second season) are quite pleased as well. I'd like to thank Dominic for talking to Soaps.com and can't wait to see what he and Dr. Leo Julian have in store for the future. 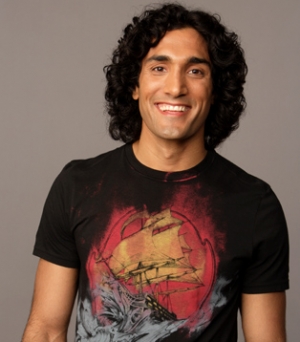 He started out studying to be a doctor and now he plays one on TV. As Dr. Leo Julian, Dominic Rains made the transition from “General Hospital: Night Shift” to General Hospital, but little is known about his character, other than he’s been cleaning up after Monica Quartermaine’s messes in the OR lately. Apparently that’s all about to change though, as when I spoke with Dominic, he let me know that new light will be shed on his alter ego.

While he’s the first one to admit Dr. Julian isn’t exactly a front and center character, Dominic is happy to work with what the writers give him and is looking forward to learning more about his character’s background. Which apparently the viewers will also get to do in the next week or so, as he teased, “Fortunately enough, they’ve been giving me some good stuff lately that…I’m starting to realize that there’s a darker side to Leo that a lot of people aren’t aware of.” He went to explain, “There’s a lot of stuff bottled in, like issues with abandonment, issues with acceptance, issues with his family, issues with what people have always wanted to see out of him.”

Born in Iran, Dominic and his family moved to London when he was two years old in order to get away from the turmoil resulting from the Iran/Iraq war (his uncle was killed and his aunt was imprisoned during that time). They lived in England for six years and then made the move to the states, ending up in Dallas, Texas. Throughout his entire childhood, Dominic was involved in acting whether it be school plays, entertaining his parents’ friends or taking acting classes with his brother, which his mother paid for with the first check she earned in Dallas. 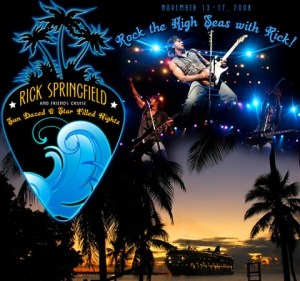