Moving on.
I'm really disappointed Carly and Jax's failed marriage isn't getting more attention. It doesn't seem to faze Carly at all that she lost the man she loves. However, a Carly/Shawn connection intrigues me up. I'm hoping he sticks around in some capacity, whether he contracts his skills out to Sonny or goes on the straight and narrow, and they explore this character more. Either with Carly or someone else. Maybe Alexis? What do you think? Tell us in our poll about Shawn.

He's back.
Franco returned on Friday to taunt Jason and I have to admit enjoyed the scene. Although, I'm embarrassed to admit I missed the Oscar reference when he told Jason he had a big event to attend while dressed in a tux. That was of course a nod to James Franco hosting the Oscars. I'm a little slow sometimes. Franco's campiness has grown on me though and if he continues to pop up in short spurts I'd be pretty okay with that. In fact, I might even like him more. A little bit goes a long way.

Second thoughts.
Elizabeth started questioning Aiden's paternity last week when Monica pointed out he looked like Lucky. I'm glad this issue is being revisited because it will hopefully give Nikolas and Elizabeth something substantial to do. And now that Siobhan is seemingly off the Balkan's radar, Lucky will need a story when he returns to the States. Considering Rebecca Herbst is staying on General Hospital, it will hopefully lead to even more story down the road.

Odds and ends.
Lulu had one heck of a right hook. I'm glad she eventually forgave Dante, but I loved that she really let him have it.

I hope Molly does stop reading romance novels, as she promised, because I can't take anymore of her babbling about epic love. She needs a friend.

Patrick was amazing with Robin before and after the explosion. I can't wait until they reunite for good.

Michael and Abby were sweet, but what was up with Kristina proclaiming she and Ethan would get married?

I hope Lisa's hook up with Johnny is just the start of something more and she will begin pulling out of Patrick and Robin's story. 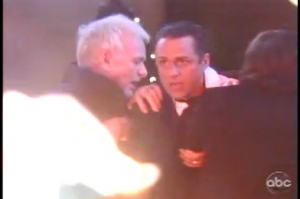 Last week was pretty much all about Brenda and Sonny’s wedding. Of course a few other things happened, including a few surprises. Let’s break it all down.

Not so happy ending.
I was finally feeling the love between Sonny and Brenda during their wedding. Even though the events leading up to it seemed to be more about outside forces, the wedding itself was all about the happy couple. It was surprising that Brenda objected before Carly did and even more so that Sonny forgave her on the spot and still married her. I realize there isn’t much to forgive since she didn’t sleep with Dante or bear his child, but she did keep the secret of her child from Sonny, albeit for reasons I’m not entirely sure of. The Sonny I have come to know would have started ranting and raving and left her at the altar, but it seems the love of a good woman has finally changed him.

History repeating itself.
Lily’s fatal explosion was recreated almost exactly, even down to people clinking their champagne glasses right before it happened. Of course, it was Brenda in the limo this time and not Sonny’s first wife. I have to admit, I was pretty surprised when the body pulled out of the wreckage turned out to be Sam’s and not Brenda’s. She looked pretty good for blowing up though didn’t she? Even though the Balkan hinted at it earlier, I really didn’t see it coming. By the look on his face, Jason didn’t either. I was impressed with the cliffhanger, but I got tired of people blaming Sonny for the explosion. While it was nice to see Jax get riled up and go off on him, the Balkan was after Brenda, not Sonny. She knew the danger she was in, but insisted they publicly get married instead of eloping. And if it was Franco who planted the bomb, that’s seemingly about Jason, not Sonny either. So Sonny is actually blameless here.

The plot thickens.
Suzanne informed Theo Brenda told her about losing the baby, but Brenda has already said Suzanne was there when it happened. This inconsistency plus the way Suzanne has been acting with Theo leads me to believe she just might have a different agenda than her husband. I get the feeling she’s been protecting Brenda all these years instead of trying to avenge her son’s death. What do you think? 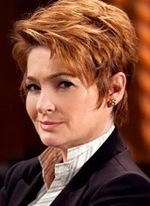