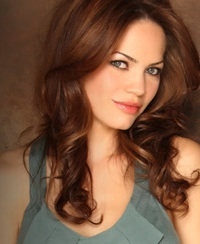 It’s official. Soap Opera Digest reports that ABC has confirmed Rebecca Herbst will be staying on as Elizabeth.

Only one month ago, it was announced that Rebecca Herbst (Elizabeth) would be leaving the cast this spring but it appears that TPTB have changed their mind. According to preliminary reports, it looks as though the popular actress will be signing on to stay with the series.

Soaps.com will let you know more as soon as we receive more information.

A rep at ABC has confirmed that Rebecca Herbst will be leaving Port Charles. Per their statement: “Storyline dictates the exit of Elizabeth Webber this spring. The next few months promise to be a ‘not to miss’ story for the character. We at ABC and General Hospital wish Rebecca Herbst nothing but the best in all of her future endeavors.”

Rebecca has played the role of Elizabeth since 1997, enjoying front burner storylines and popular romances with both Lucky (Jonathan Jackson) and Jason (Steve Burton) over the years. However, since the reveal of Elizabeth’s affair with Nikolas (Tyler Christopher) and the actress’ return from maternity leave late last year, she hasn’t been given much to do. There’s no word on how exactly Elizabeth will be written out, but Soaps.com will keep you updated.

General Hospital Video Promo: Jason Has A Showdown With Shawn 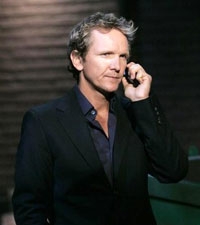