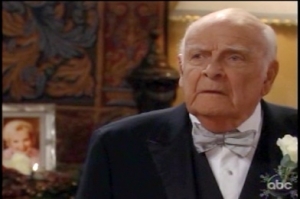 The future of ELQ.

In an effort to secure an heir, Edward offered Michael an internship at ELQ, but he was turned down. Edward then went to Ethan and Maya to offer them the whole shebang. Do you think either of Edward’s choices to inherit his life’s work is valid? Or do you think someone else, currently on the canvas or not, should be in charge of continuing Edward’s legacy? Vote in our poll below and don’t forget to check out our General Hospital Weekly Blog.

We invite you to join Soaps.com on Twitter @soapoperafan and "like" Soaps.com on Facebook to dish on General Hospital, all the other soap operas, Glee, Grey’s Anatomy and Vampire Diaries!