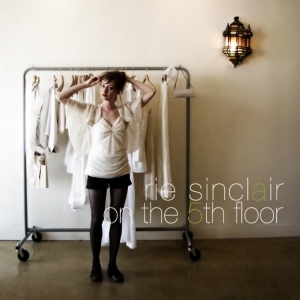 Just in time for tonight’s premiere of the 2nd season of GH: Night Shift, Rie Sinclair contacted Soaps.com to let us know that one of her songs will air on the first episode. “Carry Me Home” was chosen to be the closing song in tonight’s episode and Rie wants you all to know that it’s on her album and available on her website. (Details below.) Thanks for keeping your friends at Soaps.com in the loop, Rie. And congratulations for such priority placement of your original work!

Boy do I have a treat for you guys. You know how you are always curious about the music that is behind some of the most moving scenes on General Hospital? For that matter, sometimes it’s just a regular, run-of-the-mill scene but the music is what gives us the collective goose bump. In any case, Soaps.com has heard from a woman who not only composes music for ABC daytime, she has just released a CD for our personal listening pleasure! Her name is Rie Sinclair and I recently fired some questions her way because I knew you would all be very interested in what she has to say.

Julie Clark Robinson: Thanks for letting Soaps.com know about your new CD Rie! Soaps.com fans are always asking us about the music behind GH and now we have a place to direct them! Let’s start with the obvious question… where do you begin when you start the process of writing a song for a scene?

Rie Sinclair: I think my imagination is rather vivid – sometimes more than I’d like it to be! But, much like acting – throwing your self into a role, or being moved by a piece of art, I find that everything is bendable. Words can be tricky & translucent and understanding what a music supervisor is asking for is usually up to my own interpretation. I want to find real substance in the feelings to create a song that could stand alone as well as perhaps work for the scenario. I try to find the overall vibe and then create a song that has a temperature tonally. And, the key, the arrangement, the instrumentation, as well as the lyrics of a song create that. Sometimes I just get lost in the idea of that moment and try to match the atmosphere. To speak less abstractly – I sit down at my large and very emptied dining room table with my laptop and a guitar, or poke at notes on my Korg and see if something sings to me.

JCR: You write music for ABC soaps. So, are you an employee or an independent contractor? Are you in charge of all creative decisions in the process or does the show have input? For example, are you given a script to go by for a particular scene? Let us know how the process works.

RS: I’m independent. Sometimes they’ll ask me for a type of song just to have “in case”, and sometimes I’ll actually get a script. With Night Shift I had all the scripts,but I was a little more involved directly with the spin-off and part of the script. Still, I didn’t know the ending. They intentionally closed almost every episode with a song I was singing, whether I reproduced an old hit or wrote something new. Typically, I’ll get a request for a particular genre of music, or something that holds some specific element to capture a moment.

JCR: How would you compare the musical challenge for writing for GH as opposed to All My Children and One Life to Live?

RS: The styles of each of the Musical Directors for these shows vary. It’s been interesting actually, to see who’s been playing which songs. For instance, “Glow” has been on AMC quite a bit, but there’s not the pull for the couples’ theme songs like GH has asked for (which personally, I really quite love! It catapults you back into a memory you hope to never leave). OLTL seems to have a younger audience & with it, music that is stylistically appealing for the show. I like having the “no limitations” rule with writing, the “anything goes” rule. For one, it’s not really a rule. But it’s also fun & challenging to try to match different styles and pull off capturing various moments of life, which we all live.

JCR: Have you gone to the set for feedback from any of the actors? If so, which ones have discussed your music with you?

RS: Although I'm on the One Life to Live lot in LA on an occasional basis, I'm "behind the scenes girl" when it comes to being a songwriter for the shows. Music usually happens after the episode is edited, though it didn't always (years ago, composers would be on set of a soap writing as the story was being shot in front of them). I've met a few of the actors in the cafe on the lot, or at various Emmy soirees, but it's a completely different side of production altogether. I think I'd call it a different side of the magic. As if we're in two different worlds and the components influence each other, but not outside of our own elements. Also, it's a little like set designing or wardrobe - an art that is a piece of the whole & I'm not too sure we all understand how much we need each other all the time, though there's always this unspoken awe.

Since Rie and I had so much to talk about, I'll leave you wanting more! Part II of our interview will be posted next week. In the meantime, you can always go to Rie's site (Rie Sinclair's Official Site) and listen to some of the music, as well as order the CD. It's only $10.99 plus shipping and handling. What a lovely Valentine gift it would make…for yourself!

What's up with Lindze Letherman?