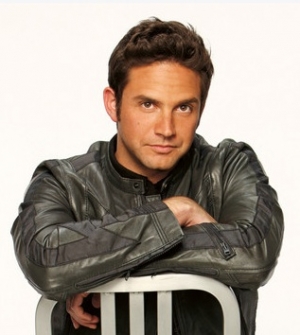 As Soap Cruise The Fourth Voyage prepares to set sail on January 27, 2011, Soaps.com caught up with Brandon Barash (Johnny), who will be just one of the several Daytime actors fans have the chance to cruise around Key West and Mexico with. While he’s been involved with similar events in the past, he shared his thoughts on going on his first Soap Cruise.

“I’ve heard nothing but great things about it, except for when Bradford [Anderson, Spinelli] blew his Achilles tendon last year,” he chuckled. “I hope that doesn’t happen to anybody this year. I heard great things about it and it sounds like a great time. I guess there’s going to be a Soap Star Talent Night, a Karaoke Night, where fans and the soap guys and girls get to sing songs together and a whole bunch of other events. You know, cocktail hours I believe. They’ll get to take as many pictures with us as they want and get as many autographs as they want.”

Going on a cruise with the fans means non-stop access. How does Brandon feel about being so available? “I think it’s fine,” he replied. “I think in an environment like that, it’s, first of all, it’s why we’re there and it’s what fans are paying good money for, so how could we not make ourselves accessible? It’s also nice to meet everybody who really keeps our shows going. It’s kind of a symbiotic thing. They come out to see us and they’re the ones that watch us every day.” He later added, “I’m fine with the no red rope thing because it’s what we’re there for and it’s nice to put a face with all of the fan names out there.”

As for what he’s looking forward to the most about the upcoming excursion, Brandon, who isn’t sure who he is bringing with him just yet, mused, “I think just mixing and mingling with everybody. I enjoy the cocktail hours because you get to talk to all the fans and meet them. Usually there’s nobody that’s too overbearing and it’ll be fun. And of course the Karaoke Night. The Karaoke Night I’m sure will be a blast.”

Find out what All My Children‘s JR Chandler had to say at Jacob Young Dishes The Soap Cruise and stay tuned to find out what Brandon told us about Johnny and Olivia’s (Lisa LoCicero) break up and his new dynamic with Lisa (Brianna Brown). We invite you to join Soaps.com on Twitter @soapoperafan and “like” Soaps.com on Facebook to dish on General Hospital, all the other soap operas, Glee, Grey’s Anatomy and Vampire Diaries!