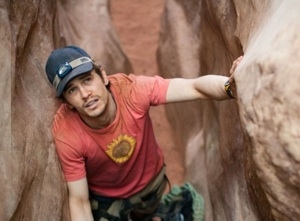 Hot off his Golden Globe nomination, James Franco (Franco) has also been nominated for a Screen Actors Guild Award for his portrayal of mountain climber Aron Ralston, who was forced to cut off his own arm after being trapped for five days, in 127 Hours. James Franco is up against Jeff Bridges (“True Grit”), Robert Duvall (“Get Low”), Jesse Eisenberg (“The Social Network”) and Colin Firth (“The King’s Speech”) in the Theatrical Motion Picture Outstanding Male Actor in a Leading Role category. The SAG Awards will be handed out on January 30 and aired live on TNT and TBS from the L.A. Shrine Exposition Center.