GH earns Nomination from the WGA 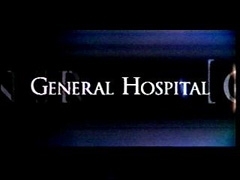 Although the writers are currently on strike, their hard work in 2007 will not go unnoticed at the WGA awards ceremony on February 9, 2008. Nominated in the “Daytime Serial” category is none other than our very own General Hospital, along with All My Children, The Young and the Restless and last year’s winner As the World Turns.

Be sure to check in with Soaps.com to see which show's writers took home the prize for 2007.

Julie's message to her Soaps.com...